1.
She smiles sweetly
Taking numbers, trying to avoid letting anyone notice the bruises on her baby boy
If her ex-husband finds out where she lives
He might smash the windows of her car with his fist again

2.
According to the news, they heard screams outside from behind their apartment curtains
But there were still no witnesses when they found her body the next day

Is witness protection
For the woman who was an addict living in East Vancouver, and whose
testimony was weak because she was on cocaine with what she saw in a farmer’s closet,
But it was hoped she would take the stand in the trial?

Her face is covered in sudden marks, a black eye on one side, lip split, an
angry red welt on her opposite cheek
She winces when, walking past, I glance – then holds her pose
The usual way

Listen to Alicia read her poem 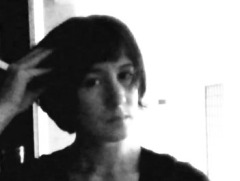 Alicia Marie Lawrence has had her poetry published in ditch, and her illustrations published in Commas & Colons. She has recently graduated with an MA from the University of Victoria, Victoria, B.C. and feels strongly connected to her Alberta Cree-Métis heritage.