Metamorphosis: (in an insect or amphibian) the process of transformation from an immature form to an adult form in two or more distinct stages.

Differential consciousness: one of the five forms of oppositional consciousness found within U.S Third World Feminism (Moraga & Anzaldua, 1983; Lorde, 1984; Lugones, 1984) enacted by women of color as they strive for survival and seek to effectively navigate oppressive, politicized spaces (Sandoval, 1991).  Sandoval argues that differential consciousness occurs in self-consciousness, allowing women of color to adjust their identities and ideologies to navigate various configurations of power (1991), while maintaining their identities and ideologies at core, constant.

Differential consciousness: a form of resistance.

The lights were bright blue, red, green, and yellow and the music loud. It was a much different place; one I would have considered familiar over a decade ago, but not now. We had done our research and found that La Casa had some of the highest entertainment reviews; it was the kind of place that promised a fun-filled experience, the perfect Latin dance night in town. It was located in a large warehouse-like building, conveniently positioned at the end of an alley with easy access to the parking lot. As we went through the reception area, dropped off our coats, and walked toward the main dance floor, we noticed that this place was like no other we had seen in Denver.  There was a large stage in front of us where a Banda (Northern Mexican music group) was playing. La Casa was crowded; the guests were people of color resembling us in physical features but dressed in much different outfits.  The women wore bright colored clothing, their makeup impeccable but heavy, their stilettos also in bright colors – purple, yellow, and red. The men wore cowboy hats, blue jeans, dress shirts tucked in, and pointy boots. We were the only two people in the space who did not seem to fit in, despite the physical features we shared with the rest of the crowd. This was not a Latin night; it was a Mexican dance night. And yet there we were, a Mexican woman and a man from other Latin American country, feeling obligated to leave because we felt we did not belong. But wait…I understand my friend not feeling he belonged, but me? I am Mexican, why would I not belong?

Where did I come from?

Where am I going?

What was left behind?

Metamorphosis: The lifecycle of a butterfly consists of four stages: egg, caterpillar, pupa, and adulthood.

Caterpillar: Butterflies in the feeding stage do nothing more than feeding; their goal is to gather as much food as possible, mostly for later use.

Mama tells me she remembers me back then – studious, successful, already earning scholarship funds to afford a private elementary school. She remembers me always in tune with my surroundings, paying close attention to the interactions and events taking place around me, engaging in the activities that allowed my family to earn money. I made and sold tortillas, grew vegetables to sell at our local farmers market, and helped my grandmothers with chores.

My critical thinking skills began at this age. I had ideas. My ideas, I knew, were not aligned with what we lived at home.  But I hid them as they fermented slowly so I could continue growing unhampered and pave new paths.

I was reunited with my family two years after they relocated to the U.S.. We lived in small Colorado town near the border with Kansas. Having taken only two courses in English language back in Mexico, I was not prepared for what I was about to encounter. I was placed in a grade lower than I needed to be academically. Afraid of attending school in this country and far away from my long-time friends, I had no choice but to utilize the knowledge I had acquired in Mexico to navigate this new space. I began by paying close attention to the words people said, the ways they said them and the contexts in which they used them. This was by far the most effective way to learn English. I then pushed myself to talk not only in class but also with my peers. I was made fun of many, many times because I did not pronounce the words correctly or because my word choice was not the best, but that is how I learned.

Mother.
Always back to mother, mama.
Imagining new paths for me.

I was not supported during the college preparation process. I also knew that my family could not help with applications and finances. I remember a neighbor, Mary; a retired school counselor lived on the next block. After she learned we were new in town, she visited our home and brought us pie as a welcome gift.  Mary immediately started working with me on essays for college.  Unaware of the intricacies of navigating the U.S. educational system, I completed and submitted an application for admission to the local community college and at least three scholarship applications both to institutional and external funders.  Mary and I never talked about my options for education; she simply assisted me to apply where she thought I should go, which was the local community college. I accepted everything she suggested and followed-through on everything she asked. I wrote essays, took assessments for course placement, and submitted applications. I never questioned the path she was guiding me through.

Adulthood: The last stage in the development and lifecycle of butterflies is the adult stage. After the caterpillar has fully transformed within the chrysalis, it is now ready to emerge from its chrysalis and fly with its newly formed wings.

Relocating to a four-year institution was a new culture shock. I noticed quickly that the only places I saw people who looked like me at the university were in service capacities. I felt alone and confused.

Are you an international student?
Where are you from?

I missed my family terribly and longed for the time of the year they would come get me to come back home for the summer. In trying so hard to succeed, I almost completely forgot I was Mexican. While I was a student working hard seeking academic achievement, a new ideology started to solidify. Although I found it odd that I was the only person of color and the only Mexican in the classroom, it was not something that bothered me much. If I were honest, I would say that I was colorblind.

Sandoval (1991) argues that women of color become experts at differential consciousness and that their identities and ideologies remain constant at all times; they self-consciously choose what to highlight and what to diminish.  Sadly, this was not what I experienced. So much shifting made me become a different person. This transformation left many permanent changes in my cultural identity that I no longer felt genuine when expressing Mexican patriotism or care for traditional Mexican values.

When I started my master’s program I changed again. I began to critically examine my culture. It became new and remembered at the same time. I told stories about Day of the Dead to elementary school children, I tutored elementary math and science for students from underrepresented backgrounds, and I organized a daylong campus visit for first-generation high school students of color. Empowering those like me to access higher education became the driving force of my career. Although I was doing great things in collaboration with members of my community and I was once again close to my upbringing, there was something missing. In the process of survival and academic success I had lost something. Although during these two years in my master’s program I was free and encouraged to bring my cultural roots to full display, some of it did not feel genuine. During this time, I also developed some long-lasting friendships with other Mexican graduate students on-campus. It was when I was with them that I felt fully Mexican; yet, something inside of me would always tell me that I was not. Coming home during the summer, not only during my undergrad but also during my master’s studies also reinforced the message that in the process of turning on and turning off identities and ideologies, I had changed for good. While I still respect and embrace some of the values with which I was raised, they no longer define my path in life.

As I think of my ongoing metamorphosis, I can’t help but think that the status quo is winning. In order for me to accomplish my academic and professional goals, I gave up so much of myself without even realizing it. I distanced myself from my family both physically and emotionally; I joined the individualism and meritocracy ideologies of  U.S. society. I changed the way I dress, the way I talk, and the way I carry myself. I attempted to remain true to myself in the process, but things did not go as planned. While I am able to successfully navigate academic spaces, I don’t yet feel successful in keeping my roots.  I am becoming a Latina scholar with great passion for empowering my community to claim academic spaces, but in order for this to happen I must continue to play this game.  The rules of this game require that I accomplish my goals in exchange for a piece of myself.

Though I agree with Sandoval’s conceptualization of differential consciousness in that women of color become experts at navigating oppressive spaces for survival, I disagree when she claims these women remain the same over time. As with butterfly metamorphosis, from egg to chrysalis to growing wings, the shifting women of color constantly go through, binds them to permanent change. Differential consciousness then appears to have consequences related to “culture shedding”, a term Berry (1997, p. 24) used to refer to assimilation as a strategy of acculturation.

To think that I am still as Mexican as I was when I first moved here, is wishful thinking.  After spending over a decade in the U.S. I inevitably became a Mexican-American. Nevertheless, as the vignette at the beginning of this paper suggests, I am Mexican by birth and “something else” by life. What that something else is, I am still figuring out.

Metamorphosis: a change of the form or nature of a thing or person into a completely different one, by natural or supernatural means. 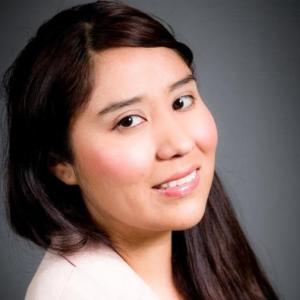 Delma Ramos is a Mexicana ​PhD student and Research Assistant in the Higher Education program at the University of Denver. Her work focuses on college access, retention, and  ​completion of students of color. Delma’s work and research agenda is driven by her passionate commitment to social justice and her vision for a more inclusive and accessible higher education system. Delma earned a bachelor’s degree in Social Work and a MS in Higher Education and Student Affairs from Colorado State University.