Long live the powwow princesses­­
Little Miss Powwow’s been eyeing cigarettes.
we can’t speak our language
but I know the word chundi
because the homeless men beg my mother for one every day outside the grocery store

Long live the broken homes with hungry children bingeing at school to make it through the night.

bless their beating hearts and joyful smiles
and souls that grew too old.

Creator, bless the children.
bless the dirt on their noses
and their sun­chapped lips
and the beautiful skin of every shade from snow white to cinnamon.

Long live the girls with crosses ‘round their necks and barbed wire around their bodies
to protect themselves
from being the 1 in 3.

Long live the boys who watch their fathers beat their mothers and spend their lives trying
not to become them. 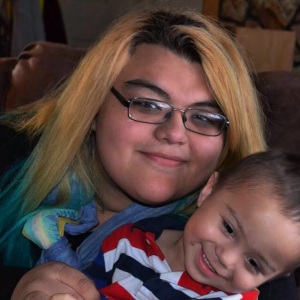 Charli Fool Bear is a Yanktonai Dakota from the Standing Rock Sioux Tribe. She is a theater major at Dartmouth College with a minor in English. Her dream is to integrate theater and creativity more prominently into Native communities in order to improve the mental health of Native youth.