When I was a young boy I had a wrought iron front door that could be closed and locked in one motion, if you timed it right. I remember a few traumatic ouchies like when I locked my fingers inside the gap on it by accident. Or the time my sister put jumper cables on my hand. You know the kind with the copper alligator smile? I got hurt a lot growing up. I ran, I fell, I jumped, I scraped and I bleed often. I still carry band aids inside my wallet although they are far more useful to strangers and children than me nowadays.

No back then I just figured ouchies were genetic. Part of me was clumsy or something just like Mommy. Mommy would get ouchies too. I remember the time my mommy got a black eye from slipping into the bedpost. Or the time she scraped her knee on carrying groceries into the house. I thought we were a lot alike, just taking too many chances. I didn’t think it was anything to worry about, because she often told me not to. “Don’t worry Ricky, Mommy is just silly.” Oh Mommy. And I would reach into my tin and pull out a band-aid. Assured that with some ointment and a kiss, that the ouchie would heal up soon.

As I grew up I began to feel more and more afraid of my father, by the time I was seven I had a naturally nervous response to his presence in the room. I would do whatever he said because my options were to listen or to become the example of disobedience for the day. I still hear that I was lucky, that I only got spanked a few times. We were carried outside of the house one night after it had rained. My mom began crying and a cut on her head from when she had slipped yet again for the 5th time that week began to drip on to her light blue nightgown.

Why is Daddy so angry? Why is Mommy so silly? By nine I had stopped falling as much. My asthma kept me pretty sedentary and I began to observe more. The more I observed, the more I wondered how Mommy could fall so bluntly on her shoulder or why she stayed so upset for hours crying after a box fell on her again. Through tears she would tell me not to worry, that Mommy was just being silly again. Shortly before he left for good, I heard Daddy make Mommy cry.

My Mom did such a good job of protecting us that we did not know about her spousal abuse and the domestic violence until our teens, till after we were no longer gullible enough to believe Mommy was so silly. The time we realized how brave she really was. 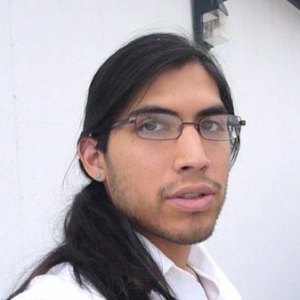 Ricky Triana is a Pascua Yaqui native of Tucson, Az. He grew up in Barrio Libre, a middle child with two sisters. He graduated from Stanford University with a B.A. in Science, Technology and Society. He currently works on his reservation as a tutor, mentor and runs a summer program for Native Youth. He has worked with Native American communities in California, New Mexico, Hawaii  and Arizona. Ricky is an advocate of early educational development and experiential education, and partners with groups to help create lasting experiences for his students. In his spare time he enjoys creative photography and travel.