This is a Man’s World (Spoken Word Piece)

I wrote this poem specifically for the issue and in support of the Violence Against Women Act (VAWA) and the Save Wiyabi Project. Give a listen. 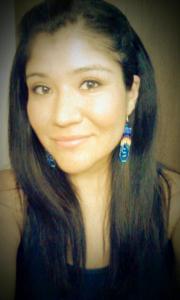 Tanaya Winder is a poet, writer, artist, and educator from the Southern Ute, Duckwater Shoshone, and Pyramid Lake Paiute Nations. A winner of the 2010 A Room Of Her Own Foundation’s Orlando prize in poetry, her work has appeared or is forthcoming in Cutthroat magazine, Adobe Walls, Superstition Review, Kweli, and Drunkenboat among others. More recently, her poems from her manuscript “Love in a Time of Blood Quantum” were produced and performed by the Poetic Theater Productions Presents Company in NYC. Tanaya has taught writing courses at Stanford University, UC-Boulder, and the University of New Mexico. She has a BA in English from Stanford University and a MFA in creative writing (poetry) from UNM. Tanaya guest lectures and teaches creative writing workshops at high schools and universities internationally. To read more of her writing or to book Tanaya for a class visit or talk please visit her personal blog http://tanayawinder.wordpress.com/  You can follow her on Twitter @lettersfrompoet